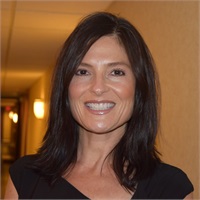 Mea Melberg-Rosner has been working and providing financial guidance to businesses and individuals in Northern New York since 1991. She holds 5 securities registrations and 6 Insurance licenses in NY, as well as several other states in the nation. Mea is the Principal and Founder of Rosner Financial, which she founded in 2001. After working for almost 10 years in the Financial Services Industry, she took a little time off after becoming a new mother. While home, she had a chance to combine her passion of planning, strategizing, and studying financial markets and tax codes. That time, along with her passion and natural entrepreneurial spirit formed Rosner Financial in November 2001.

Mea is very active in her local community having been President and Treasurer of her local Chamber of Commerce, as well as Treasurer of the County’s Hospice and the Hospice Foundation. She enjoys spending time in the Adirondack Mountains where she lives part time and is an active Board member for a well-known non-profit, ADK Action. Mea enjoys quality time with her close friends and family, playing piano, listening to music and solving problems.

Mea has been married to her husband for over 20 years and has four children and five grandchildren. Her mother is 82 and is still working full time. Mea’s father was a WW2 Vet, and his local American Legion is named after him. Mea also has a brother who is a musician in Nashville.