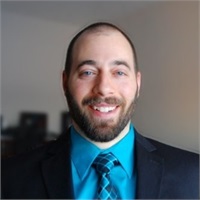 Samuel Rosner moved into the area and went to elementary and high school at a local Northern New York school. In his teens, he operated a small business during summer recess and used the proceeds to establish an investment account. He then went on to combine his senior year of high school with his freshmen year of college at Clarkson University, followed by earning a Bachelors degree from the University at Buffalo.

Upon graduation, Samuel became the Case Manager and then earned a promotion to Case Coordinator at a local social service agency. During this time, he also worked part time assisting Mea Rosner with her growing retirement planning firm, Rosner Financial, as well as a local CPA firm to develop his knowledge of tax planning. As interest grew Samuel acquired a Series 7 & 66 registrations, H&R Block School of Tax Training, and a New York State Insurance License to develop his ability to work with the firm and its growing book of business. Finally in 2005 Samuel moved full time with the firm, becoming a partner, and the Rosner Financial Group was born. Today, he continues in partnership with Mea Rosner to provide local individuals and businesses with financial planning and investment advisory services.

He is married to Melinda Rosner, an established Physician's Assistant with Lewis County General Hospital and they have a daughter Leah and a son Ari.